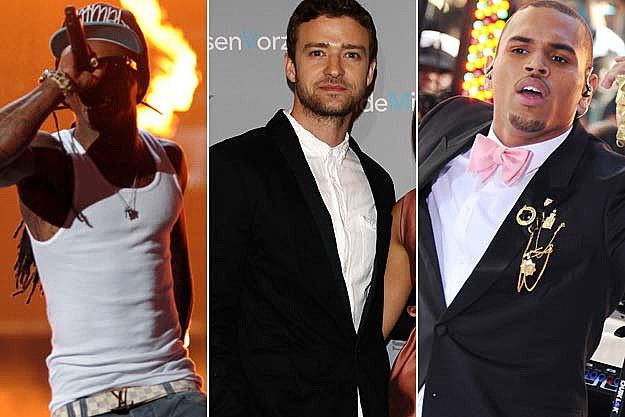 We've already brought you our Top 10 Sexiest Magazine covers featuring the ladiesof pop music so it's only right that we follow it up with the men's edition. While the ladies edition admittedly features hard-bodied hotties, the men's list is less about their torsos and more about their poses. Call it a double standard, but it's not like there's a wealth of dudes on magazine covers in speedos. Are we right or are we right? We've selected 10 magazine covers that were sexy in unique ways.

Vanity Fair, February 2011
The Biebs is all of 17 (and was still 16 when this cover landed!) but there was something so adult and grown up about his Vanity Fair cover, where his face and collar were covered in red-lipstick kisses. Like it or not, The Biebs is growing up and is no longer a 'Baby.' He's Boy Wonder no more and this cover shot is photographic proof that he is on the cusp of manhood.

Ebony, July 2008
Dapper. That's how the Hova looks on this cover of Ebony. With his shades and suit jacket, this shot is the visual answer to anyone who has ever questioned how Jay-Z won his wife Beyonce's heart. Classy, cool and yes, sexy. How you doin', Shawn Carter? The swagger and the confidence leaps off this cover.

Entertainment Weekly, November 2002
Eminem is known as a fighter, scratching and clawing his way from the mean streets of his native Detroit to become the biggest rapper of the past decade. He's also the person with the most fans on Facebook, which is no small feat. Em's underdog nature and scrappy spirit make his 2002 EW cover sexy. Sure he's a little facially battered and bruised, but look at how in shape he is. There is not an ounce o' fat on him and his vulnerability makes him sexy. Dirty hot, indeed.

Details, April 2011
Joe Jonas dates only the hottest babes in Hollywood, ranging from Ashley Greene to Taylor Swift. Regular guys are left to ask, "How the hell does he do it?" This April 2011 Details cover, which came out on the eve of his announcement that he was going solo (with 'Fastlife,') depicts Jonas with a smoldering stare and an open shirt. Mmm hmm. We can see why Ashley, Taylor and many others have fallen under his spell. It's those eyes.

Rolling Stone, September 2007
What makes this cover hot? Two rap titans - 50 Cent and Kanye West -- are doing battle without using their fists. It's a profile shot and a stare down between two legends of the genre. Let's face it, literally: both Fitty and 'Ye are two incredibly good looking men and this shot makes many a lady wish she was the book in between these two ends.

UK GQ, May 2007
In his first appearance on this list, Justin Timberlake brings sexy back, courtesy of that stare on the May 2007 cover of the British version of GQ. We already knew that JT was talented and funny, from his work with 'N Sync, as a solo artist and as a 'Saturday Night Live' host. But this shot makes you feel like it's just you and he when you look at it. Like he's undressing you with his eyes. Mmm hmm. 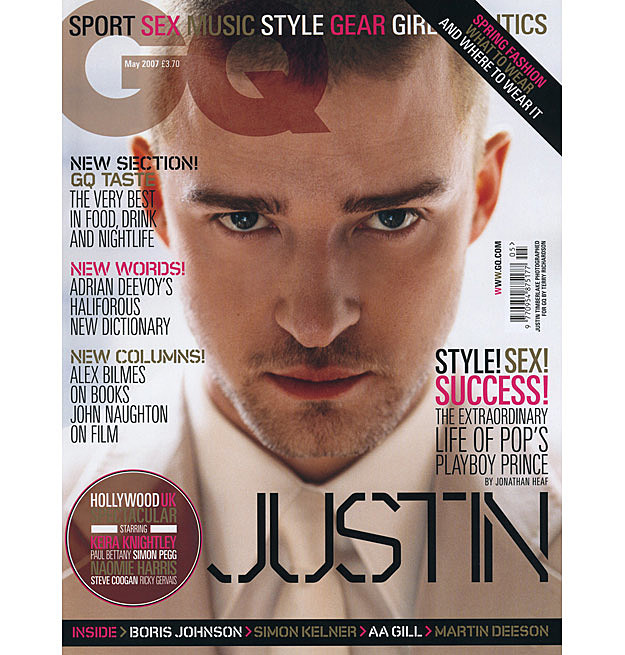 Ebony, June 2008
While Chris Brown is now known as a bad boy, thanks to his recent behaviors, this June 2008 cover of Ebony reminds us why Brown shot to fame as a teen sensation in the first place. Look at those rock hard abs. That, combined with the tattoos, and how he is looking away from the camera, illustrate why Brown remains ever popular, despite some of his antics.

Rolling Stone, February 2011
Lil Wayne will make you "Weezy!" You will you lose your breath from his post-prison Rolling Stone cover. Shirtless, with so many tattoos that it looks like a body suit, Weezy must have made use of the facilities in the big house, because he looks in the best shape of his life.

Details, December 2010
Whoa, who knew Mr. Schuester, aka Matthew Morrison, was so cut? Well, we didn't until he bared his chest on the cover of Details in December 2010. He must do a thousand sit-ups a day in addition to memorizing his lines for the latest episode of 'Glee.' To borrow a phrase from Van Halen: "We got it bad, bad, so bad. We're hot for teacher. " 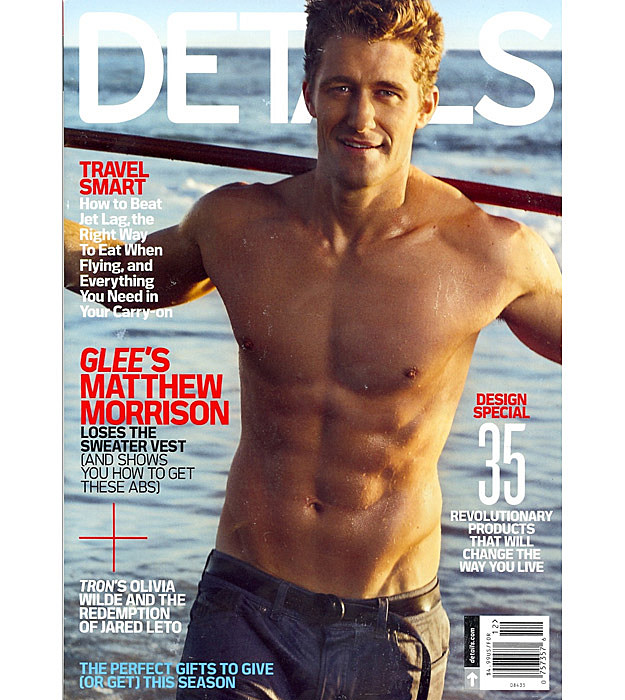 GQ, October 2011
Why is this this Justin Timberlake GQ cover our choice for sexiest magazine cover, guy's edition? It's not because he stripped down and showed off his body. It's not because he's rocking a "come hither" stare. It's simple: he's a sharp-dressed man, one that you would, could, and should bring home to mom. JT is classy, dapper, well-dressed and approachable all at once. That's about as sexy as it gets, proving you don't have to take your clothes off to have a good time or to attract the eye. Also, look at that stance he's adopted. It's suggestive in the most subtle way. 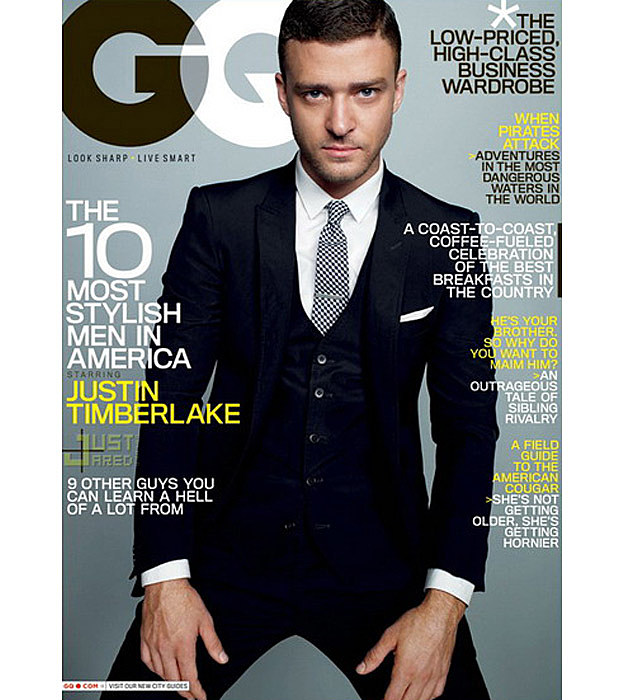 Who Do You Think Has the Sexiest Magazine Cover?